Where can I buy the AirBoard and a SIGFOX shield?
How do I activate my SIGFOX account?
I'm a total beginner, where do I learn how to program Arduino?
The board is not recognized on my USB / no serial port is showing up when plugged in
I get the message: ``avrdude: stk500_recv(): programmer is not responding``
I bought BLE-LINK from DFRobot and I can't upload my sketch
Can I connect an FTDI cable for wired programming?
Rescue Procedure with Arduino UNO board as AVR ISP (In-Circuit Programmer)

Where can I buy the AirBoard and a SIGFOX shield?

I'm a total beginner, where do I learn how to program Arduino?

The best resource for learning Arduino programming is the Language Reference sheet.
You can start from the Blink LED and  20 quick start sample programs described in the Quick Start page.

The AirBoard is an improved version of the Arduino Fio. Twice as small, more compact, with built-in LiPo battery and charger, Power and Battery Management System and power RGB LED,  the AirBoard draws 70,000 times less power in sleep mode than an Arduino UNO.

Much like the Fio, the AirBoard was designed to be programmable over-the-air via an external wireless shield, although featuring two independent channels for XBee and Bluetooth.

NB The microUSB connector is used exclusively for battery charging.  Therefore the USB port will not be recognized by your computer. To upload a new program, you will need additional wireless shields such as XBee or BLE and their associated USB dongle, or an external FTDI cable.

I get the message: ``avrdude: stk500_recv(): programmer is not responding``

You get this message when the upload failed. Many issues can lead to a message like this. Be sure to check the following: 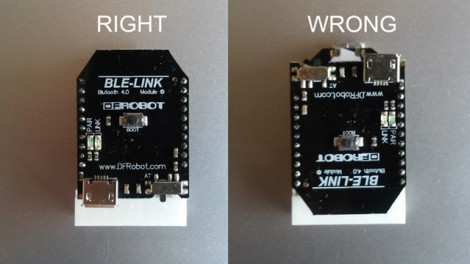 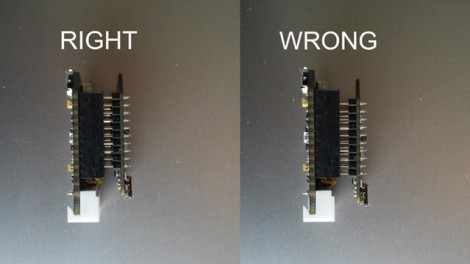 16. If all of the above failed, then go to the Rescue Procedure below 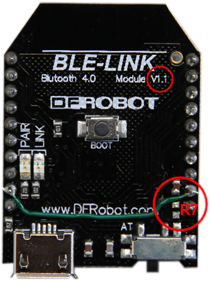 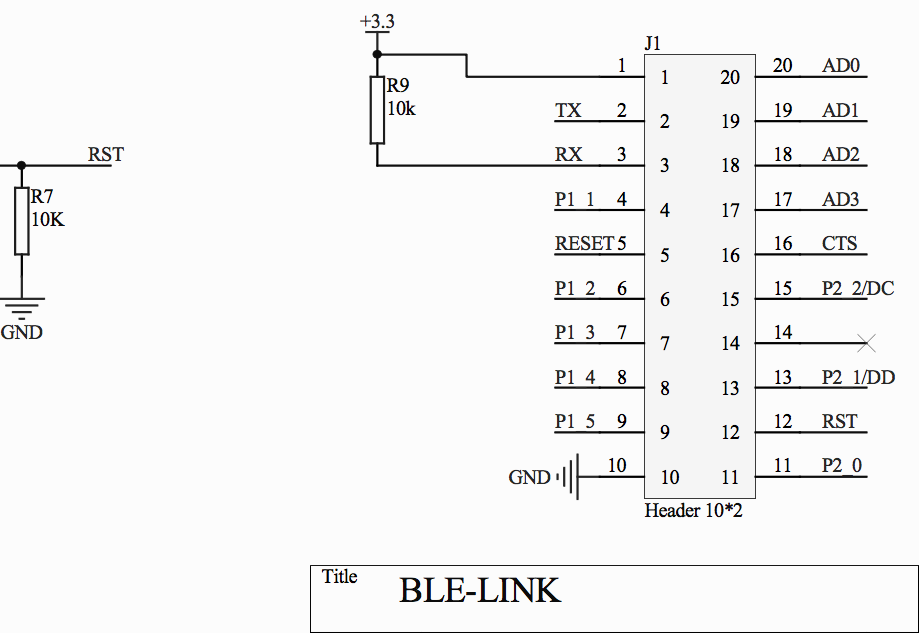 Can I connect an FTDI cable for wired programming?

Yes, FTDI is an alternative for wired programming.

Upload your sketch should take under 3″ (LED blinking example). 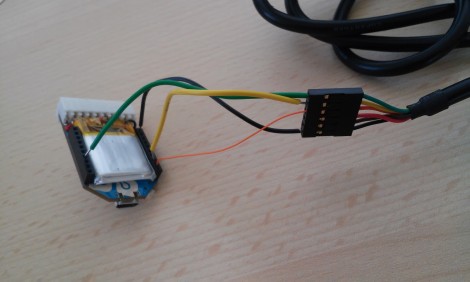 If you tried all solutions above and you still get the avrdude:stk500_recv(): programmer is not responding message, there is a rescue procedure to reflash the bootloader, using an Arduino UNO board. This procedure is based on the original Using an Arduino as an AVR ISP (In-System Programmer) post.

To use your Arduino UNO board to burn the Arduino Fio bootloader onto the AIRBOARD, you need to follow a few simple steps:

1. Connect an Arduino UNO board to your USB port.

3. Open the ArduinoISP example in the File > Examples menu.

4. Select Board>Arduino UNO and your Serial Port in the Tools> menu.

6. Wire your Arduino UNO board to the AIRBOARD as shown in the diagram below: 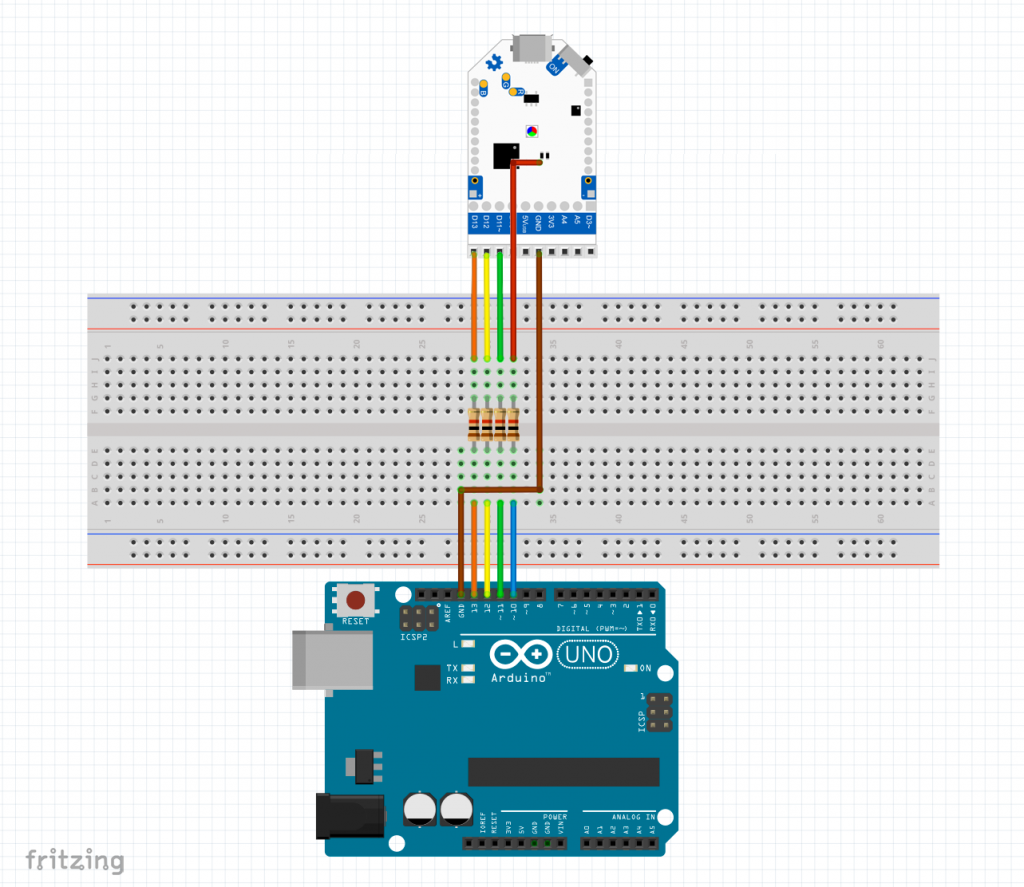 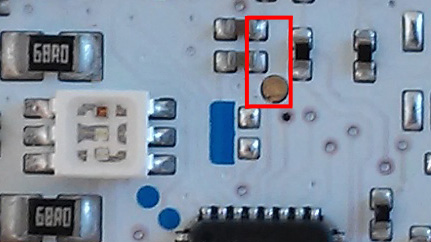 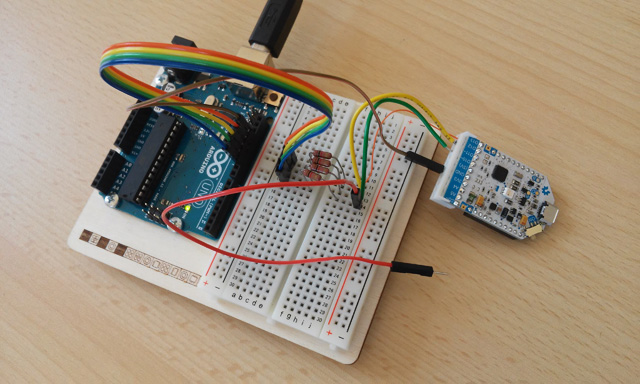 This great post by Wanadev shows the different steps that led them to success. The flashing process itself just takes under a minute, but you’ve got to do it once! 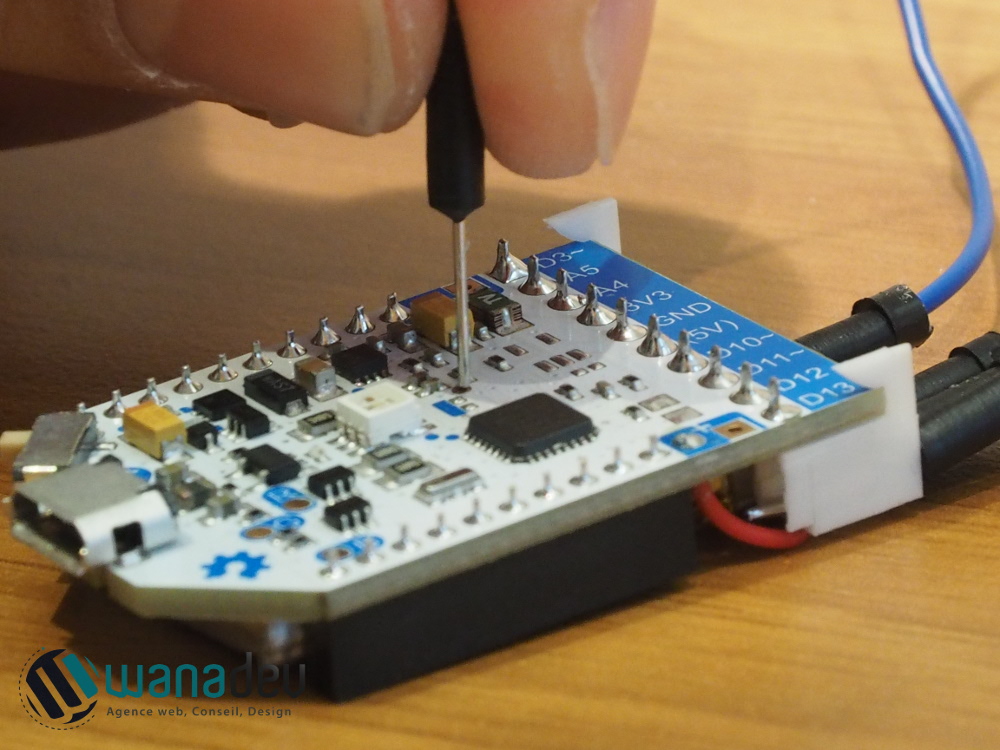 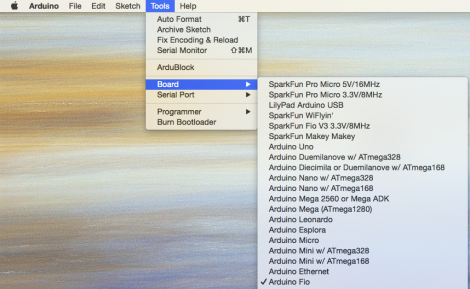 8. Select the Arduino as ISP in the Tools>Programmer menu.

9. Launch the Burn Bootloader command while holding the reset signal in place (should take less than a minute). 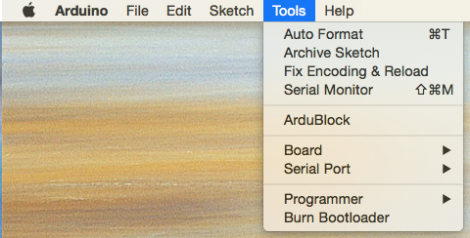